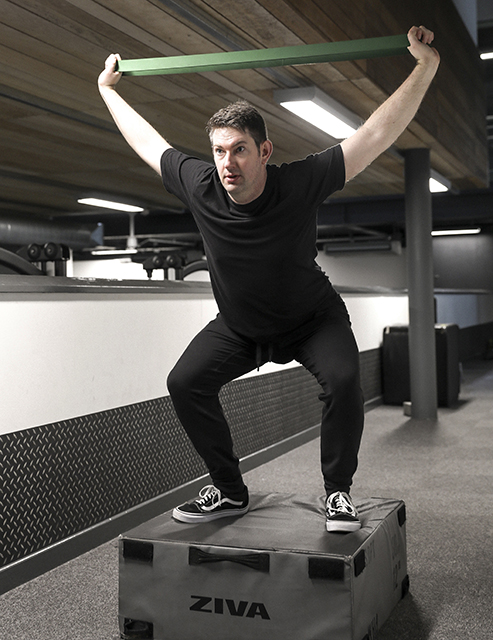 Why do kids play and adults exercise? A consideration of terminology and expectations

Watch a child being active and you’ll notice that they run, climb, roll, and jump.  Its unstructured, and we call it play.  When an adult takes up being active they typically run, climb and roll (or do movements that involve aspects of these movements), and jump.  We call this exercise.  And exercise comes with expectations.

When I train adults I typically have to outline what the benefit of an exercise is.  Why are we doing this?  What is the goal?  How long will it take to achieve the goal?  How should I do this movement?  When children play they have fun.  They climb a tree because it is fun, they run and chase each other because it is fun.  No child is ever asking how long they should run around for, or how many times they should climb a tree to optimise their strength gains.

And yet children still get fitter and stronger.  They progress despite not focusing on their goals.  Does that adult mindset, then, impact the ability of adults to make progress?  Would we, as adults, be better suited to attempting some unstructured play?

The short answer is yes, there is some benefit to this mentality.  To me this is a two-part question, because we have the effectiveness of highly structured exercise versus a more free form approach, and we also have to consider the mentality surrounding the terminology.

Let’s consider the benefits of having a structure; a routine, including how often and what you should do when exercising, is hugely beneficial when considering someone who’s time is at a premium.  It means you prioritise and focus, your workouts become orientated around result, which means you work towards the goals you actually want.

But there are also limitations to this approach.  I know that with a novice virtually anything I throw at them they will make progress on.  Those new to exercise make progress by virtue of the consistency of going, not typically because of the quality of what they are doing.  For these people there is a strong argument for them working on getting better at play first, rather than focusing on what they are doing for a specific goal.  That could come in a later phase.  Equally we tend to find that by taking a hyper focused approach to exercise we miss out on other things that could have a benefit in the long term, because they don’t appear to have a benefit in the short term.  Weight loss is a classic example of this, because cardio work will see short term weight loss, but resistance training will see long term composition change.

Equally, for those who are highly specialised, play would make a benefit toward functionality of the body, especially if you compete in a sport that requires you to be locked into very rigid and specalised movements, such as running or cycling.  Outside of your competing season unstructured play could help reduce injury and allow you to reconnect with movement.

So there are benefits to play largely across the board.  But by far the larger issue with play is in terminology.  Adults don’t want to be seen to play.  They do serious things, with a clear outcome attached to them.  And that’s the way they treat exercise.  It’s not a game, it’s training.  The goal is to lose weight or tone up or run faster or hit the ball better; it’s not to have fun, It’s not to interact with others, it’s not to play around.  And because we want it to be different from play we attached outcome requirements to it, and anchor those at the forefront of our actions.

Exercise, for adults, is about destination over journey.  And because of that pain and discomfort, boredom and dislike are all fine, because at the end of that process we get what we want.  Some people even fall in love with those negative feelings, welcoming them as the proper sensations around exercise.  But for many those feelings of discomfort are acceptable as long as we reach our goal.  That, in turn, is why so many people stop exercising; their efforts and actions have not translated into results, and therefore the discomfort of their actions is not justified.

Desiring play, on the other hand, creates an open mentality.  We are more willing to modify and adapt, we don’t focus on the outcome but more about the enjoyment of the exercise.  In effect, we begin to rank journey over destination.  The result becomes less important than other aspects of the exercise; how we feel, and our internal contentment around the activity.  That’s not to say this isn’t achievable in a highly structured training environment, but specifically for those starting out it can be a crucial first point.

Terminology does make a difference.  For instance, there is an expectation that changing your diet is about manipulating your weight.  Switch to keto or vegan and one of the first questions people will ask is ‘does it work?’ or, ‘have you lost weight?’  They rarely are interested in the benefits it has had for health or wellbeing.  In fact, typically, because those things can’t be quantitively measured they are less interested in them.  And equally, if people hear that one of these diets causes weight loss they are more likely to follow it than not, even if they don’t like the diet or don’t see results, because that is what they have been told, and it fits in their world view that changing the diet should lead to weight loss and that is the only benefit.

The same can be seen with tone.  For many people, an exercise that gives you tone is more favourable than one which gives you strength.  Not because strength is bad but simply because more people seek tone than seek strength.  Many people, for example, choose to do bicep curls over chin ups.  A bicep curl works the bicep directly whereas whilst a chin up will have more focus on the bicep than a pull up, it is in conjunction with the muscles of the back.  As a result it would be considered more of a strength and mass building exercise than a bicep curl by fitness professionals.  This labeling trickles down to the general population and gets concisely outlined as, ‘bicep curls are for tone, chin ups are for strength and muscle mass.’

The reality is that this really depends.  Bicep curls have a much more direct impact on the bicep than a chin up.  And because of the angle at the elbow it is a lot harder to pull the same weight in a bicep curl than in a chin up.  However, there comes a point in toning where chin ups would make a significant difference.  And there comes a point in strength training where bicep curls are useful.  These conditional points make the reverse of the above true.  But to the vast majority of people they have asked for an absolute and general statement on the two exercises, and they have applied that to every circumstance.

This terminology makes all the difference.  Tone seekers will consider only the result of the exercise on the look of their body, whereas strength seekers will only consider the weight lifted.  They tend to dismiss or undervalue the worth of the gains in other areas they have gotten from these movements, because the words used around these exercises has impacted the expectations from them.  We only seek the measures we are monitoring, rather than see the true extent of what the exercise has given us.

We can see that terminology issue spill over into goals as well.  When we say losing weight we often mean looking leaner, or decreasing body fat.  But weight on the scale is the measure that most people judge their progress against.  This is destination over journey in action.  We do this set of exercises and judge our success against these results and these results alone.

When you put the concept of play against this it is easy to see why it is so hard to initiate.  We have an adult who is used to using success measures to judge progress being told to play they will naturally want to know the boundaries around that, if they are even willing to engage with it.

As I said, there is benefit to play for adults, just as much as there is benefit to adding structure to children’s activities.  Part of the reason they are sent to school so young is to learn how to work within a structured environment.  Adding structure to activity can benefit in body awareness, the value of hard work in activity, and increases in endurance or strength.  Equally there are benefits for play for adults through enjoying the exercises you are doing, enjoying being in the gym, taking the focus away from result and seeing gains in other areas.

You can see this when children are taught to swim.  Most swim schools make a game of it, change the names of the exercises to more fun names so that children can engage with them and take the focus off of the technical perfection most adults seek and keep things fun, even though the children are learning skills that could save their lives and basics which could one day lead to a taking up swimming as a form of exercise.

What they have done is anchor the fun around some basic technical work, so that the children can engage with it.  And as adults what we must start to do is anchor the results we want against the enjoyment and richness of experience you get from exercise.  If you don’t do that you wont stick with it.