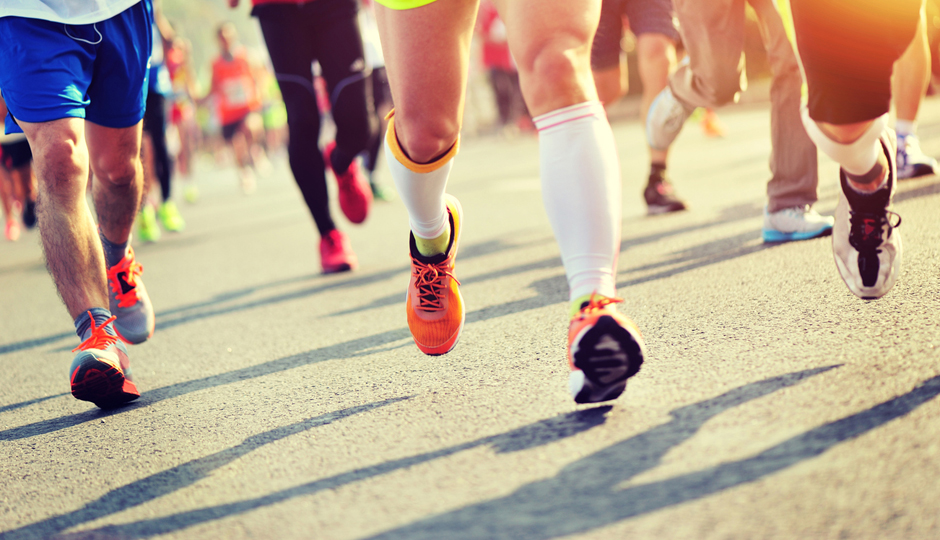 How (not) to train for a half marathon

‘I’m going to run a half marathon, why don’t you do it with me?’

Back in 2009 I was in an interested training place.  Not yet a trainer and not yet qualified, I’d lost weight but plateaued without knowing that was what I was going through.  Rather than pivoting in the way I now know I should have I felt that my stall in progress was in part down to a lack of focus in my training.

The half marathon appealed the me and also sounded daunting.  I was at my fittest but wasn’t sure I could complete that distance, and I had roughly six months to prepare.  And like many people my first assumption was that the best way to prepare for such a run was to focus on mileage.

A quick internet search indicated that the way to train for a long distance run was to slowly build up the miles you run, building up to the point that before the run you are race ready.  To me, at the time, that seemed short on the prep side.  Why would you only run eleven miles when you were running thirteen miles?  If for a marathon you’d go up to eighteen miles would it not be fine to run thirteen miles in training?  Surely it would be, right?

I started out with two three-mile runs in the week and a seven-mile run on the weekend.  My goal became to do a sub ninety-minute half marathon, which most runners will tell you is a quick time.  The Boston marathon is reckoned to be an elite marathon, and the qualifying time for it is three hours or less.  So a ninety-minute half marathon would be very impressive indeed.

However, my three and seven mile runs were within sight of this.  I figured that part of my problem was fitness, so I started to add in interval work, in the form of fartlek, as a means to increase my fitness levels.

As spring became summer I increased the distances I was running.  Three mile runs became five, and I started doing two seven-mile runs and one of eleven miles.   I’d increased my mileage from thirteen miles a week to thirty.  However despite all of that I wasn’t getting any closer to the ninety minute goal time I’d set out at the beginning of training.  I was at this stage on for roughly a one hundred minute finish.  Looking back this would have been a great accomplishment but I put it down to my failure as being down to not putting in enough mileage.  Despite the additional mileage I was running I was still training in the gym three times a week and doing spin once a week.

Yet none of this got me closer to the ninety-minute time.  I decided that I would increase my running distances.  Two eleven mile runs, one of thirteen and a seventeen mile run followed.  An increase from thirty miles a week to fifty-two miles a week.  And no reduction in the gym.  There were evenings I was doing an hour in the gym, getting home and going for a run.  A few times I even ran home from work, which was an eleven mile run, and with a bag as well.

Stumped by my plateau in my runs I’d even purchased a heart rate monitor and was now checking my heart rate and my times during the run.  Checking this out on my runs did reveal that my heart rate was higher than it should be, especially as my resting heart rate at the time was so great.  This underlined my belief that it was fitness that was letting me down.

Then the inevitable happened.

Two weeks before the half marathon my leg seized up in the middle of a run.  It was so bad I could barely walk on it, so much so I had to abandon that run and get the tube home.  Throughout the course of my running training I’d been ignoring pain and discomfort; at first my quads and calves were sore for days after runs, then I found a gel that numbed the pain and let me run on.  Then I started to get soreness under the arch of my feet and stiffness in the mornings in my legs.  But the pain under my feet only happened in the runs, and the stiffness went by lunch, and I wasn’t running until the afternoons on the weekend, or in the evenings in the week.  The pains I was feeling were just pains; they couldn’t get any worse.

This had built its way up over the course of time and the additional miles had taken their toll.  My plans of running right up to race day had to be abandoned.  I had intended to increase the distances further in the hope of seeing some level of improvement.  Obviously that couldn’t happen now. My goal of a ninety-minute finish were gone too; now my goal was to finish the half marathon.

The next two weeks were filled with foam rolling and stretching, rest and recovery.  Despite this my body remained very tight.  By the middle of the following week, a few days before the race at the weekend, the morning tightness had diminished and I was feeling any pain under my feet.  I decided I should do a test run.  I opted for a short one, a three-miler, and found that despite the pain going away when I was moving around, it was still there when I ran.  I would have to see how I felt by race day.

What I did do was look at the route and the conditions I’d be running on.  I assumed that regardless of route or terrain I would be fine, that I’d prepared.  I knew that they would be handing out water and energy drinks alternating every mile already, I hadn’t used an energy drink or gel at all in my training, but assumed they would be of benefit.

Then we came to race day.  Although I was running with my friend we were not going at the same time.  I had initially put down that it would take me two and half hours to complete, having to guess that, whereas he had gone for under two hours, which meant his group started thirty minutes before mine.  I was therefore surrounded by slower runners and would have to move through traffic at first.  I was away there would be a gap after that that I could run into, however.  The good news was my leg seemed like it was okay, so I assumed my problems were behind me.

And when the race started that did seem like it was the case.  For the first two miles I weaved between people as I went, starting the first climb.  In training I hadn’t really focused on elevation, and what I can tell you now is that climbs are not easy if you haven’t practiced them.  By the time we hit three miles I had started to hit space and there were a small group of runners around me who were in that space but largely I was free of traffic.

Energy drinks did not sit well with me at all.  All they did was make me feel bloated.  Equally, adding the water on top made things worse.  I resorted to pouring some of the liquids I picked up over me, including the energy drinks, as a means to cool myself down.  Although it had rained before the start of the race there was cloud cover and it was not a cool day.

By the time I hit the back of the runners released ahead of us we were coming back into Bristol, and my leg pain was back with avengence.  Every step sent a shooting pain through me, and I had started to run on my right leg differently to my left, because of the pain.  That was causing more issues for the bottom of my foot, but at that moment it wasn’t as bad as the rest of my leg.  A cursory glance at my heart rate monitor revealed that my heart rate was high.  However, we were descending down as we came into town and there were just seven miles to go.  I could run seven miles in pain.

We weaved through the city once we came in, running through a park and along some of the residential city streets.  There was quite a crowd around cheering the runners on and encouraging them.  I was in agony by this stage, but I was now only three miles from the finish.  Unfortunately for me mile ten started with a huge hill.  I tried to attack the hill but lost all momentum as I tried to make my way up. I was actually faster going much slower as I was climbing, but this proved to sap all my energy.  I was now hanging in to finish.  I had no way to sprint finish the end.  That just wasn’t there, and I remember distinctly seeing the thirteen mile sign and being surprised at how much further it was to the finish. But finish I did.

I went looking for a massage afterwards as they were available, but was told they were only available to people who were properly injured and as I’d finished and was still standing I didn’t count.  Nonetheless I didn’t press this issue as I felt that like when I’d injured it a two weeks before I would be fine in a week or so.

By the following morning I couldn’t walk.  My leg was so stiff I couldn’t bend it and I couldn’t put any pressure through the bottom of my foot.  I was forced to limp across Bristol to the train station to go back to London and back to work that afternoon.  The aftermath of this run was significant; I couldn’t run more than about a mile after this without pain in the bottom of my foot, and the stiffness I’d been feeling in my leg was sciatica, which flairs up here and there as a result.

So what lessons can we learn from my running experience?  Well hindsight is a wonderful thing and there are many aspects of it I have told to runners over the years.  First and foremost of which is to get into the habit of a solid mobility and flexibility regime.  The second aspect is to not disregard the value of a good strength programme, especially for the lower body.  You run on your muscles, and having them both strong and supple is a crucial component of getting the best out of them.  Finally, I tell them to focus on running pace over distance early on.  We do want to be able to run longer distances but the only way to increase pace is to work on pace separately.  Too many people build the distance up in their legs but are one pace runners; they run a 10k or a half marathon at this pace, they don’t have another pace in their tank.  To build that pace you have to cut the distance and work on it, getting used to it before building up the distance.

The last thing you add is distance, and then you only do so to the minimum amount you need and figuring in fatigue into the equation.  The worst thing you can do it overtrain and try to push through the fatigue.  That only leads to injury.

How Much should Flexibility form a Staple part of your Workouts?

Are carbs bad for you?