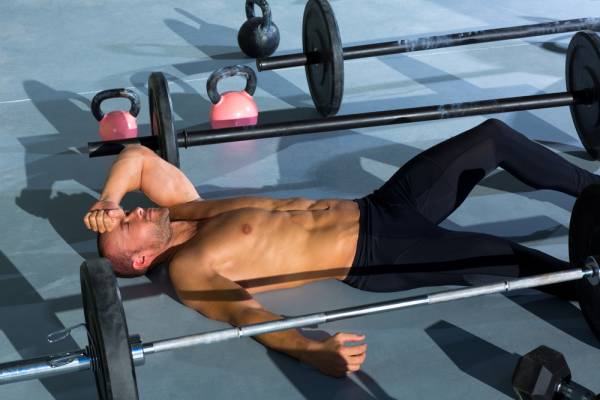 5 Fitness Myths which are well overdue for pasture

Health and fitness is one of the those odd industries where there are just so many false claims and partial truths that it is easy to fall for literally a dozen of them at any one time and be unaware that you have been taken in by a myth that has no basis in science and barely any basis in anecdote.  Today I’m going to roll through five of the biggest myths out there and explain where they came from and where they use partial science to put their claims across.

Your body is either catabolic or anabolic at any given time.  That means, in effect, you are either in the process of breaking down tissue or building tissue.  When people have hit their goal weight they often talk about maintaining their weight or shape, but the reality is this is incredibly complicated.  If you have successfully lost weight then your current system has set itself into a catabolic state.  In all likelihood any increase in calories would see you gain body fat initially as the calories you had before would have been set for your body as the new normal.  This isn’t a process you can just put the breaks on, when you stop losing weight and flick the switch the other way you will gain weight unless you are perfect with your calories, which is practically impossible, even with modern wearables.  The reason this myth has held around so long is that many people who have lost weight often get stuck at a weight above their goal weight and can’t go lower, which appears as though the body is maintaining.  But it is simply a long term effect of the catabolic state, as the body has begun storing calories, fearing a famine, in order to survive.

Tone is a made up term created by the fitness industry to mean shaped and firm muscle.  Because women have lower testosterone than men the impact of resistance training on their body is muscle tone, or tonus, to use its proper name.  When gyms were first being popularised a number of new users avoided anything that they believed would see them gain muscle.  At the same time there was a desire to have firm muscle, shape and definition.  The result was that the idea of ‘toning’ began being marketed to clients.

Toning is the same as any resistance training process, the decision of whether you are toned or not is really up to the individual.

Spot training is the process of targeting an area of the body to try to reduce body fat in that area. When you see stuff like waist trainers or slendertone being advertised they are marketing to this myth. But this is simply not how the body works. Ab training, for instance, won’t reduce body fat on the abs. You need to be in a catabolic state and reduce overall body fat enough to see some visible ab definition. The spot training on the abs you’ve done will benefit you only after you’ve lost the weight on top.

When you see people prioritise cardio over other forms of training early in their training process what you’re seeing is someone who is about to plateau pretty hard and soon. Cardio is catabolic, and whilst you want that for weight loss to deep a cut and too strong a catabolic signal will cause the metabolism to slow, the weight loss trickle to a stop and any reduction of cardio work or increase in calories likely to cause weight gain.

HIIT, spin, bootcamps, and military-style training. All of these methodologies utilise intensity as their primary means of success. Work hard and see results. And if you fail? Then you just weren’t working hard enough. Health and fitness is populated with literally thousands of coaches, classes and trainers who have built reputations on this one concept alone. And it’s total crap.

If you’re overweight or heavy a lot of intensive training massively increases your chances of injury. If you have a Type A personality, live off caffeine and come alive in a crisis then intensive training will only feed that and sends you the wrong message on how to judge success.

Intensity can yield results in the right circumstance. But you use it for a phase of training and then move away, not make it the underpinning of all exercise you do.