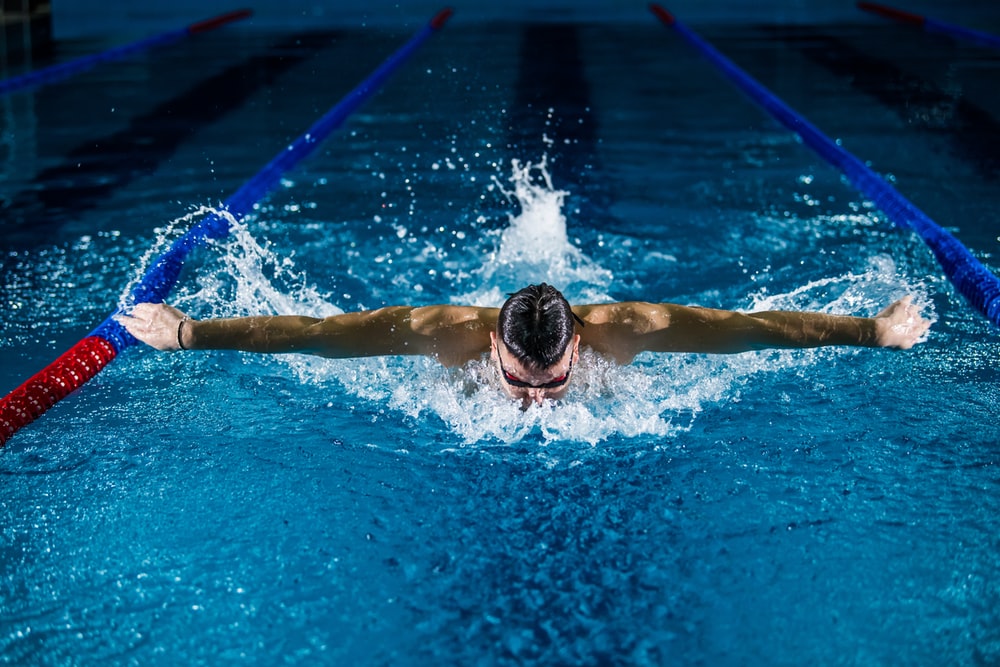 These were the words intended to encourage me to sign up for the inaugural Swim Serpentine event in September 2015.  And when it was put to me in that context, that I only had to swim a mile, I was minded to agree.  It was only a mile.  How hard could it be?

This was a conversation I had in April.  I didn’t sign up until May, and then I decided I should go downstairs to the pool area to see what I had.  Our pool was seventeen metres in length, so a mile was just over ninety-four lengths.  I wasn’t going to hit that on day one, clearly, but I figured I should be able to complete a decent number of lengths, maybe forty or fifty, in a session.

It turns out, forty lengths of a pool, even a seventeen metre pool, is a lot.  It turns out that my breast stroke is really poor, and my front crawl was worse.  It turns out not being able to breathe properly in the stroke is a problem, and it turns out flailing the run in the water doesn’t work.  This was an event that technique became a significant factor.  At least with a running event you can get away with poor technique, even though you shouldn’t.

The next day I went to swim again.  And the day after that.  I determined that perhaps practice would see me improve, that if I could hit twenty lengths I might be able to get through the event.  I did not hit twenty lengths.  My technique was simply too bad to swim efficiently enough to do that.  I was taking too long to complete ten lengths, let alone twenty.

I was in trouble.

So I found a swim teacher.  As someone working in the gym it was easy enough to find a recommendation for someone who could teach me to swim.  He was able to fix a lot of my technical issues and set me a couple of things to work on each week, which I practiced on my own outside of those sessions each week until I became proficient at them.  By the mid-July I was relatively competent technique-wise.  Where I lacked was in endurance.  At this point I simply could not complete three consecutive lengths.  Around two and a half I had to stop.  It was irrational, but I felt I had to put my feet down and stop, even for a second, before resuming.  I felt this was an endurance issue.

When I relayed this to my swim coach he confirmed that it sounded like an endurance thing, so set about trying to improve my fitness in the water.  We did sprints, swims with slipstreaming, and pyramid work.  None of it seemed to help though.

Always the same issue.  I could get faster and faster, but only do around two and half lengths. My heart rate was going too high and I just couldn’t go any further.  My swim coach went on holiday over August, so I was on my own for a month trying to deal with this.  I tried to increase my fitness on the bike, but that wasn’t helping; my fitness there didn’t translate to fitness in the pool.

It was frustrating that I couldn’t go further than two and a half length consecutively; that was consistently my limit.  As August went on I started to wonder if I would be able to complete the swim at all.  I could swim badly further than two and a half length, but with good technique I couldn’t.  By the time my swim coach returned from holiday we had three weeks to the swim and I was starting to suspect that my issue was more than just swim fitness.

In fact, when researching something else at the time I realised that in the pool I was exhibiting many of the signs of anxiety.  I want to be clear about this, this anxiety was specifically around swimming.  One of the things that can trigger anxiety in some people is a lack of control, and this was the case here.  Swimming and having to concentrate on arm and leg movement, breathing at the right moment and trying to maintain both a pace and rhythm is a lot to pay attention to; it can become overwhelming.  Added to that the expectation that you should do well, that you will be competent at this thing, even if that is largely an internal expectation, puts pressure on you to perform.

And in the pool I was facing a perfect storm; a new skill to learn surrounded by water that limited when I could breathe.  Pressure to do well and frustration that I couldn’t progress increased my heart rate, which meant my breathing was going too fast, making it hard to swim with proper technique, as I couldn’t match my breath rate to my heart rate.  The result was I had to stop, and that occurred each time at the same point.

Recognition of my problem helped in part to help me solve it.  As soon as I realised my issue was to do with anxiety in the water my focus became trying to relax in the water.  Within a week this approach had already seen me gain a huge benefit.  Suddenly I went up to being able to swim eight consecutive lengths, a massive increase on the two and a half I’d been stuck at across the summer.

However, I only had two weeks before the swim, and realistically four or five swims before the event.  Over those two weeks I trained as hard as possible, managing to swim as far as 200m consecutively for the first time.  I also learned how to tread water.  This was as prepared as I could have been.  Unfortunately that didn’t seem like it was enough.

Now, lets discuss open water.  Open water is not like swimming in a pool.  For a start with your head in the water you can’t see anything.  Its dark.  You can’t even see your hand in front of your face.  And then when you breathe you get to see something.  And its freezing.  I cannot stress to you how cold it was in that water.  Within five minutes my arms and feet were so numb they burned with cold.  There is also the factor that I could drown.  A factor that terrified me.  I couldn’t just stop and stand up, I had to tread water if I wanted to stop, or get the attention of one of the volunteers in a kayak.  That’s right, my life was dependent on a random guy in a kayak.  Or that’s how I took it.

Then we come to other factors that you don’t consider until race day; there are other people in the water with you. I’d been swimming in a pool where I’d never had to overtake anyone, where the worst I’d contended with was someone swimming in the opposite direction to me.  Now I was about to be surrounded by people of different speeds.  At the same time, whilst trying to pay attention to all that, I had to remember this complex buoy system that the organisers had set up; go this side of this buoy, this means shallow water, etc..  Not anything major, but an extra thing to be concerned by when you are trying to swim.  And finally, you had to dive in.  I’d never dived in to water before, and when I did it was more like a belly flop.

As soon as I hit the water I was surrounded by people all swimming hard.  Naturally to try to keep up with them, maintain the pace in my group.  But I couldn’t maintain that rapid pace for long.  Two hundred metres in and I was flagging badly.  By the point of the first turn, about fifty metres further along I decided to switch to breast stroke for a while to recover.  Most of my swim group disappeared into the distance, leaving me and a few stragglers behind.  That suited me fine, I was in it to finish, not to finish well.

The Serpentine mile has a long back straight, which is half the total distance, around eight hundred metres.  Therefore most of my swim was felt like it was on this back straight.  And try as I might I couldn’t sustain my front crawl technique for very long before I was fatiguing and back to treading water and breast stroke again.

Midway along the back straight, which was roughly half way through the swim itself, the hooter went off announcing the next batch of swimmers were entering the water.  This was an added element that I would have to deal with, as now I was in the second half of the swim the faster swimmers in this group would be coming up behind me.  I would have to be aware of them so as not to get caught up in their swims.

By the time I turned off the back straight and started around the long turn at the far end of the course those faster swimmers had caught me up.  Its worth mentioning that the fastest swimmers of the day were completing the course in around fifteen minutes, whilst this was forty-five minutes in for me.  These guys were fast, and from what I was told after the event the swimming between them was vicious.  There is often punching and kicking in open water swims amongst competitive swimmers.  My end of the water was in contrast incredibly polite with many apologies when one person ran into another.

I sensibly moved out of their way, along with another man who I had caught up to.  He was on for a personal best at this distance.  Technically I was too, because I’d never swum a mile before.  Together we finished at roughly the same amount of time, and I was very surprised at how fatigued I felt getting out of the water.  The whole thing took me just under an hour to complete.  Not a quick time by any means, but complete it I did.

Swimming the serpentine mile for me was a big challenge.  It had many obstacles that I had to overcome in order to achieve it.  This was not something that easily came to me and something that I ever felt natural at in the build up to the swim.  Subsequently, however, I kept swimming.  I got better and better, and now if I was to swim a mile I would be just over half an hour.  A very respectable time indeed.  Now I feel at home in the water, and confident of my abilities.  Often, when you start something new, there is discomfort and difficulty.  Don’t assume those aspects are forever.  Overcoming those can open up a wealth of enjoyment and experience.