A lot of people a lot of the time tell me they need to be in the right mood for exercise. What this translates to meaning is that they need to be in an almost hyper state of eagerness to have the motivation required to complete a workout.
We see this mentality plastered all over Instagram and Facebook every Monday, and almost daily throughout January. Have you ever questioned why there are so many motivational quotes floating around exercise? It’s not because they work, it’s because they don’t. You shouldn’t need motivation to exercise. It should be a part of your regular routine, where the main variant is what type of training you choose to do in response to your mood or energy levels.
Being in a heightened motivational state is fleeting in the initial stages of working out. It has to be. You can’t be that pumped for training all the time, there will be days you don’t really want to get after it, and some where you need to stoke your fire to get into it, just as much as there will be days you are eager right out the gates.
That’s normal. I trained yesterday off a lack of sleep and a subsequent low level of energy. I didn’t skip the workout but I did modify it to match the level of energy I could put into the workout.
The problem with the motivation mentality is that it encourages you to wait for motivation levels to rise before you go to workout. And it is specifically an issue for those who have an irregular training pattern or who go through bouts of exercise with periods off. If you asked me if I enjoyed my workouts, in the moment I’d probably tell you no I didn’t. Before most id be pretty motivated and after most id be happy to have finished. But I won’t talk about being up for training specifically. I’d be more talking about why I was doing that session, the long term benefit. I believe that’s the difference between those who train long term and those who don’t but are looking for inspiration; they believe that getting excited for exercise must be the solution, rather than building good habits.
Let’s talk about where this motivation mentality comes from. In a simplistic way you are programmed to respond either positively or negatively to the type of way motivational statements are written.
Let’s look at these two motivational statements in more detail; 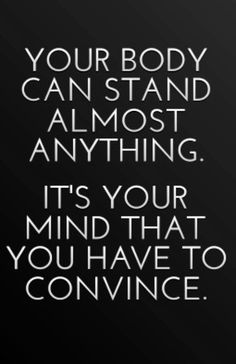 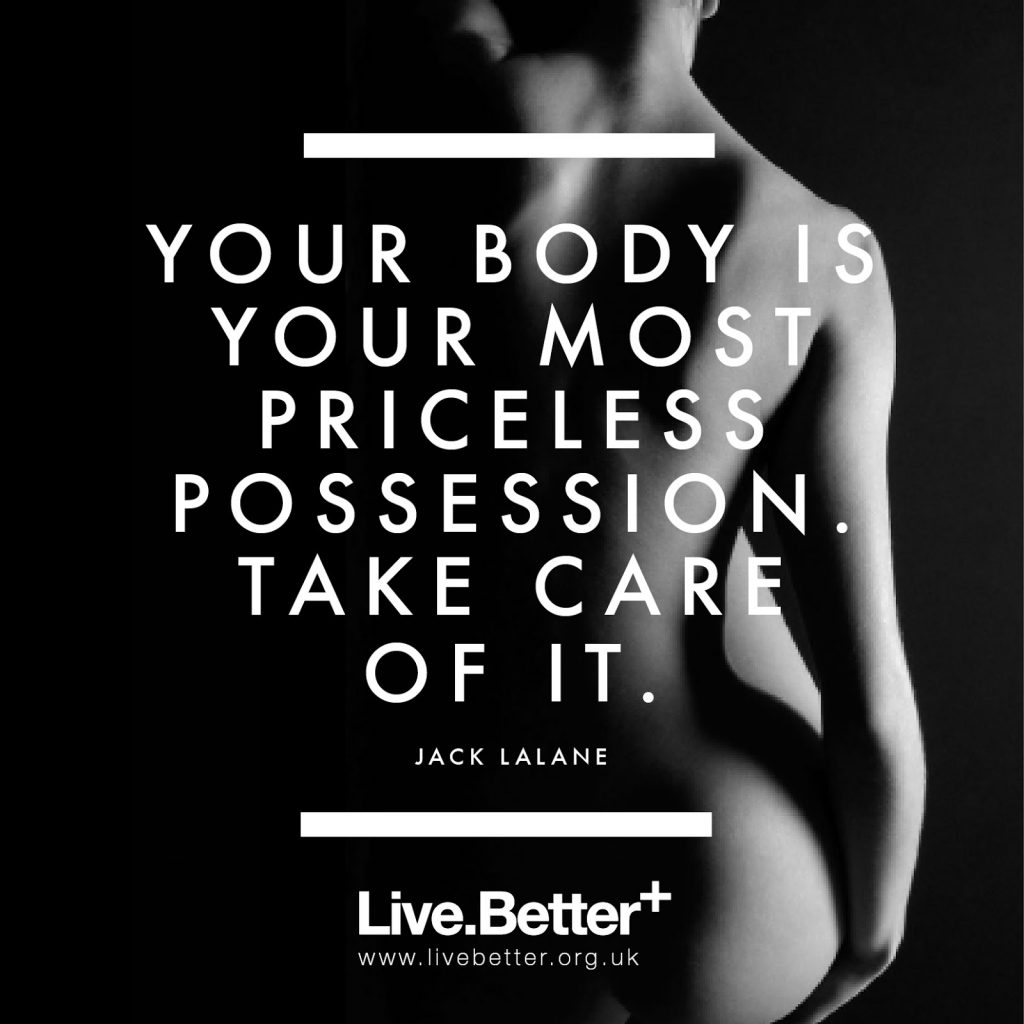 We have two statements. One is a clear negative reinforcement and one is a positive. One tells you to keep going, you body is strong but the mind is weak. The other tells you that you need to look after yourself. One is much more powerful than the other in the long term.
Marketers have discovered that people respond more strongly to negative reinforcement than positive: ‘Don’t touch the pan, you’ll get burnt!’ Is a more powerful statement than ‘please be careful around the pan.’ We tend to use both positive and negative statements regularly, but which one resonates most depends on the current state of mind of that person.
Payday loan adverts use terminology around ease, convenience and almost miracle benefit in order to positively encourage people to sign up. Investment firms talk about saving and investment as a way to protect your future.
In a training context motivational statements are far more powerful as negative reinforcement; ‘You’re weak/overweight/out of shape, keep going.’ This works better on people than ‘you’re doing really well so far.’ Playing off people’s fears when they are new to exercise is powerful because that lack is something that is in their mind already.
However this is inherently ineffective. And this infers a wider issue. Namely, that people who are motivated by these negative statements choose to workout because they dislike something about themselves; it’s not a desire to nourish themselves that drives them, but a desire to punish themselves because of perceived failure.
That is the same attitude that pervades these hardcore sessions, that underpins HIIT training’s popularity, that makes people celebrate getting DOMS.  I’m not saying you should avoid these things, but seeking that from every session is as insane as wishing to avoid challenge in every session.
This wider self loathing manifests in a number of different sports and training disciplines, and because people have been successful despite it, it has unfortunately become part of the way these training methods are taught. This means in effect there are plenty of people who are taught to identify self loathing through exercise as part of the route to success.
But a lack of care for yourself leads to injury, to poor technique and movement patterns, just as a negative motivational statement pushes you into a mindset of being compelled to exercise.
And compelling someone to do something never work in the long term. We always rebel against a rule we feel forced to abide by in the end.
Typically the internal discussion around exercise for someone negatively motivated to workout is along the lines of: ‘I have to exercise, and it has to be hard because otherwise it won’t benefit me and I’ll have wasted my time going.’ Consider that rather than: ‘I’m going to exercise today to make myself feel better and I’m going to do what I can as it will benefit me.’
What happens to the person with the first internal thought when they can’t go? They feel guilty and push even harder the next time, or they completely abandon exercise because they no longer feel compelled to do it.
And this is why motivation is bunk; any positive motivation is disregarded because they audience that is receptive don’t need it, whilst any negative motivation only works until the inner voice compelling them to obey is disregarded. Creating good habits is far more effective, choosing to do some form of exercise you enjoy for the duration of time and frequency you can manage is best.
So what is your opinion on motivation? Have motivational posts given you a sustained training regime? You can message me on Facebook or Instagram, or email me directly!